Interviewer: I thought the article was about Vermont?

Patent Attorney: Yes, the article explains that Nebraska is the second state going after these so-called frivolous lawsuits.

Interviewer: And Vermont is the first state?

Interviewer: Are any of the sates successful in deterring patent trolls?

Patent Attorney: I think that is yet to be seen. But, a lot of companies, and even some charities according to this article, are being threatened with litigation, and so it is definitely making the headlines lately.

Interviewer: Are there any laws specifically on point?

Patent Attorney: The article does mention the use of Vermont’s Consumer Protection Act, and legislation was also passed in May in Vermont giving someone accused of patent infringement the right to counter-sue if it is in bad faith. Of course, proving bad faith is a whole other issue in itself.

Interviewer: Sounds like we will be hearing a lot more about patent trolls . . . . Thank you, I think that’s all we have time for today. For more information, be sure to visit Trenner Law Firm’s website at www.us-patentattorney.com and Mark Trenner’s blog over at www.ipatentattorney.org

Trenner Law Firm does not maintain permanent offices at this location. Clients are able to meet with attorney Mark Trenner and his staff at this location on a reservation-only basis. No walk-ins. Conference Rooms provided on an as-needed basis by Office Evolution. Please read our full DISCLAIMER.

We're not around right now. But you can send us an email and we'll get back to you. *Do Not Submit Confidential Information About Your Case. 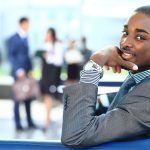