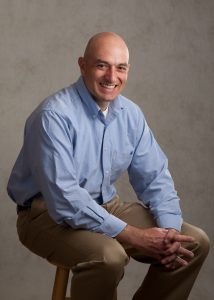 How can you overdo the Background section of a patent application? Easy – by stating too much. You might be thinking “but if it’s just background, how can that hurt?” It can hurt, because the person writing the Background section may think that everything they are saying is “background” material or “prior art” (that is, already known or in the public domain). But often, the inventor has special knowledge of their field that may not necessarily be known by others. For example, most engineers and scientists read a wide variety of technical articles in their field of study, attend conferences, discuss their technology with other scientists with specialized knowledge. And those engineers and scientists “synthesize” this knowledge. Thus, what may seem known or obvious to an engineer or scientist, may not be generally known by others, perhaps not even by other engineers or scientists. Indeed, it is this synthesis of knowledge that leads to many great inventions.

So what do you include in a Background section of a patent application? As little as possible. Set the stage for your invention, by saying what is indisputably in the public domain and no more. For example, it is generally acceptable to state that computers exist if your invention is related to a computer. But if you say too much in the Background section of your patent application, this may be considered an admission that your invention was already known, or obvious in view of what is commonly known.

Trenner Law Firm does not maintain permanent offices at this location. Clients are able to meet with attorney Mark Trenner and his staff at this location on a reservation-only basis. No walk-ins. Conference Rooms provided on an as-needed basis by Office Evolution. Please read our full DISCLAIMER.

We're not around right now. But you can send us an email and we'll get back to you. *Do Not Submit Confidential Information About Your Case.